The Eplee campaign had a great Meet and Greet in Troy at the Clary Community Center Tuesday night.  We had some good discussions and input from some very concerned Doniphan County voters.  I greatly appreciate those who braved the storms and took the time to drop by. 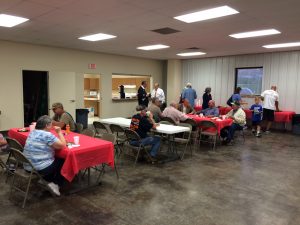 At the Meet and Greet in Troy Tuesday night, I had some great discussions with some fellow political candidates including Thad Geiger (far right)–Republican County Commissioner candidate (unopposed). 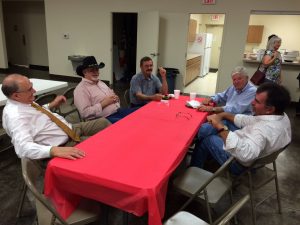 Dr Eplee was very happy to greet Mrs Don Sallee, wife of former state Senator Don Sallee, who came out to grab a sign and give me some campaign tips. 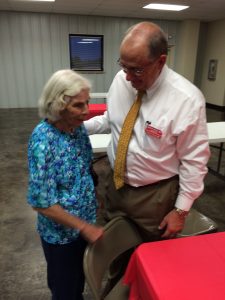 Even Jene Vickery, the current House Majority Leader from the  House of Representatives was able to drive up from Topeka and support Dr Eplee’s candidacy in District #63.  Here he is answering some questions at the Meet and Greet.  His support is greatly appreciated. 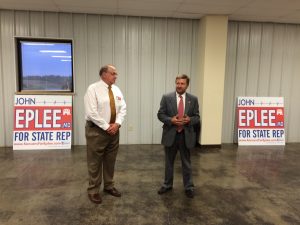 Early arrivals at the Meet and Greet included Craig Mosher and keithJaloma, seen here talking with Deborah Eplee.  Many concerns were voiced about economic development in Doniphan County and how the cuts in higher ed have adversely affected Highland College. 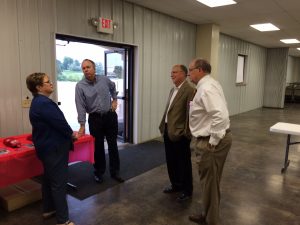