​The Eplee Campaign Crew made it through the last parade of this campaign season in Atchison for the annual Halloween Parade. And while the theme was ‘One Scary night”, it was a beautiful day for a parade. In the top pic John was able to catch a photo with his great staff (from L to R) Karen Pickman, Jennifer Heim, Dr E, and Renita Tharp. In the bottom pic, they eventually got the banner leveled out. We passed out over 200 balloons, 250 koozies, and an amazing amount of candy! 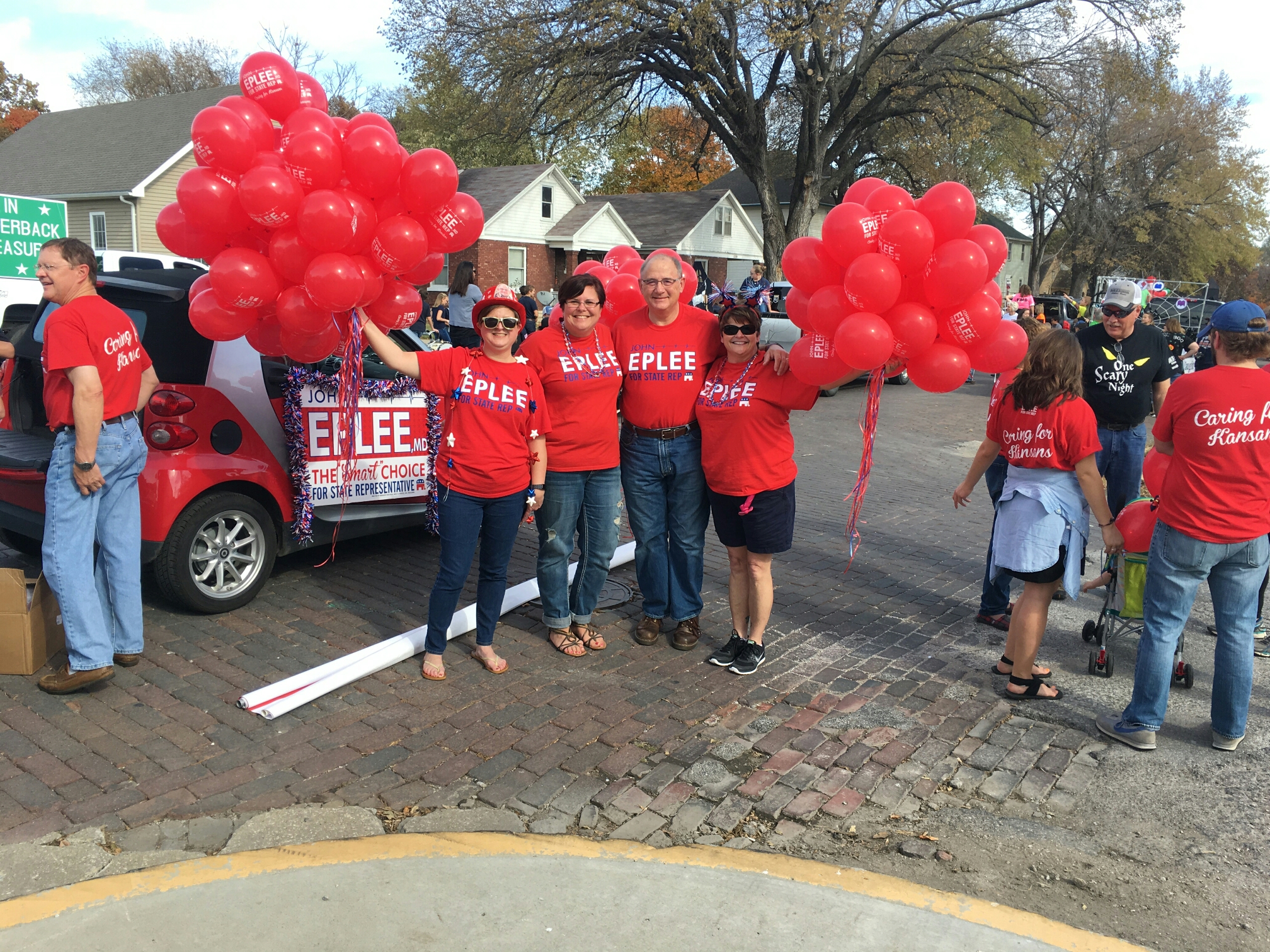 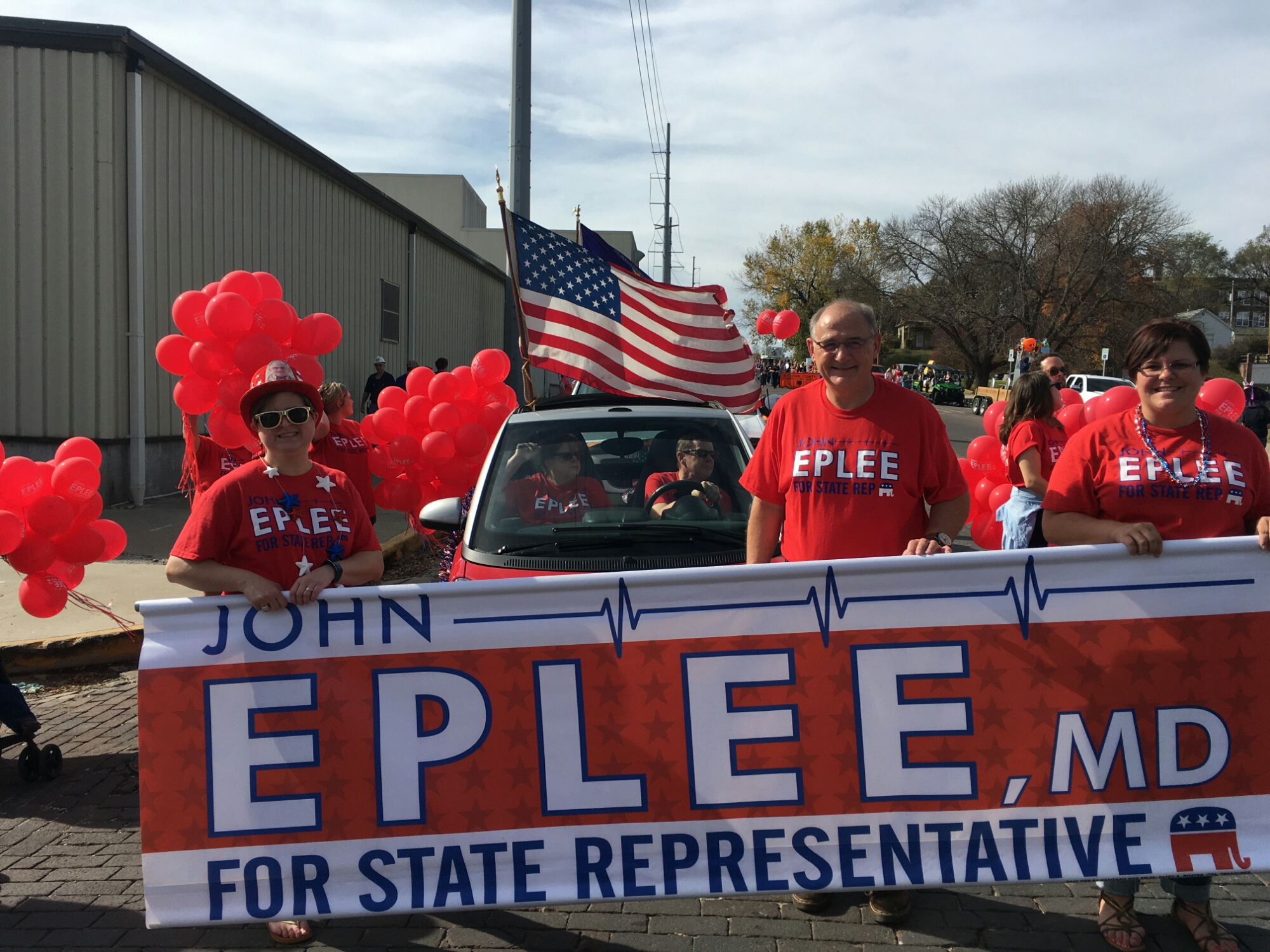